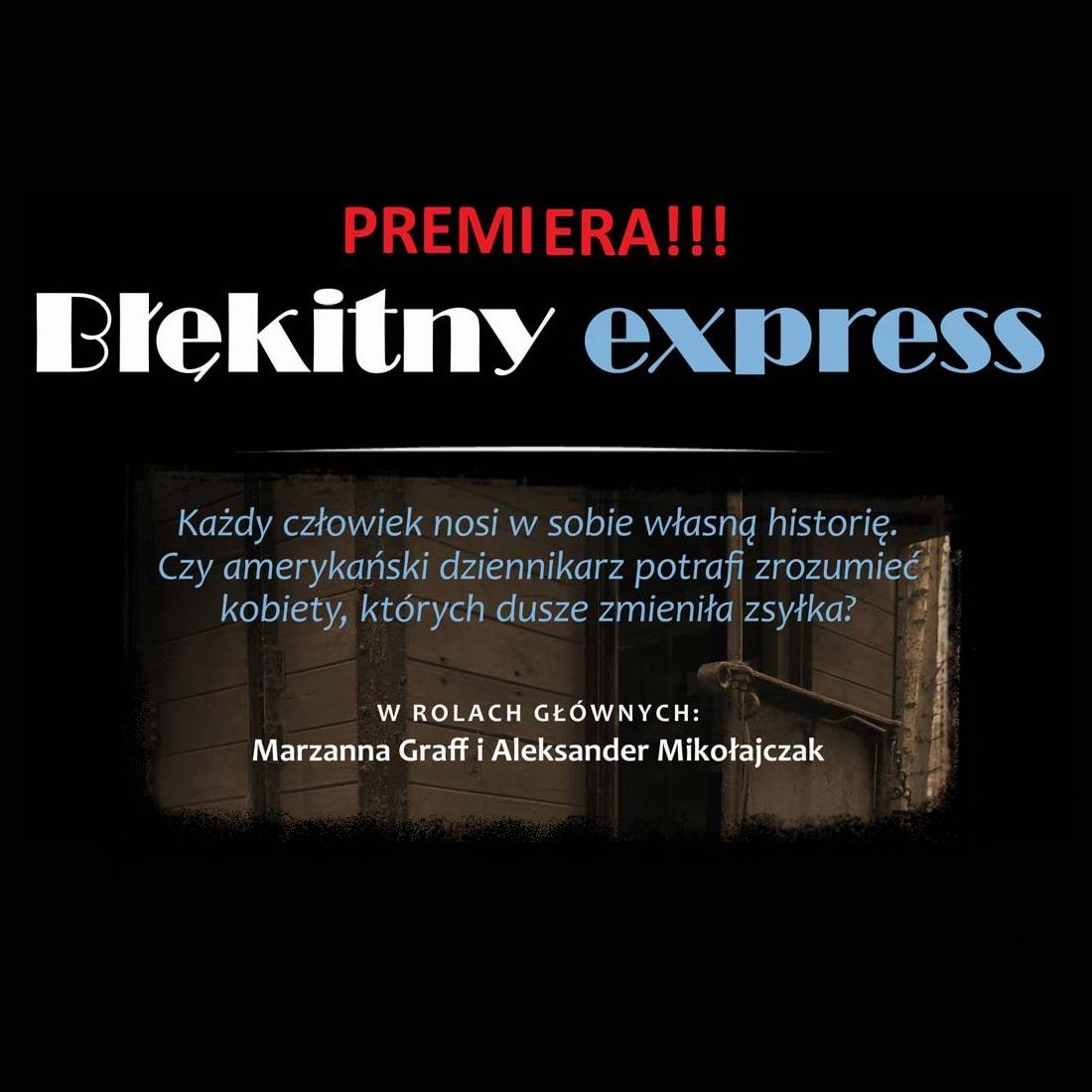 Sikorski Club cordially invites you to the premiere of the play “Blue Express” by the Theatre Group “I have a theatre”, which will be held on Sunday 10 March 2019 at 4:00 pm.
Cast: Marzanna Graff and Aleksander Mikolajczak.
The play is based on historical facts describing the fate of exiles from the times of the second world war.
A thrilling and moving story.
The play is in Polish.
Screenplay: Marzanna Graff.
You have to see it!
Tickets $20