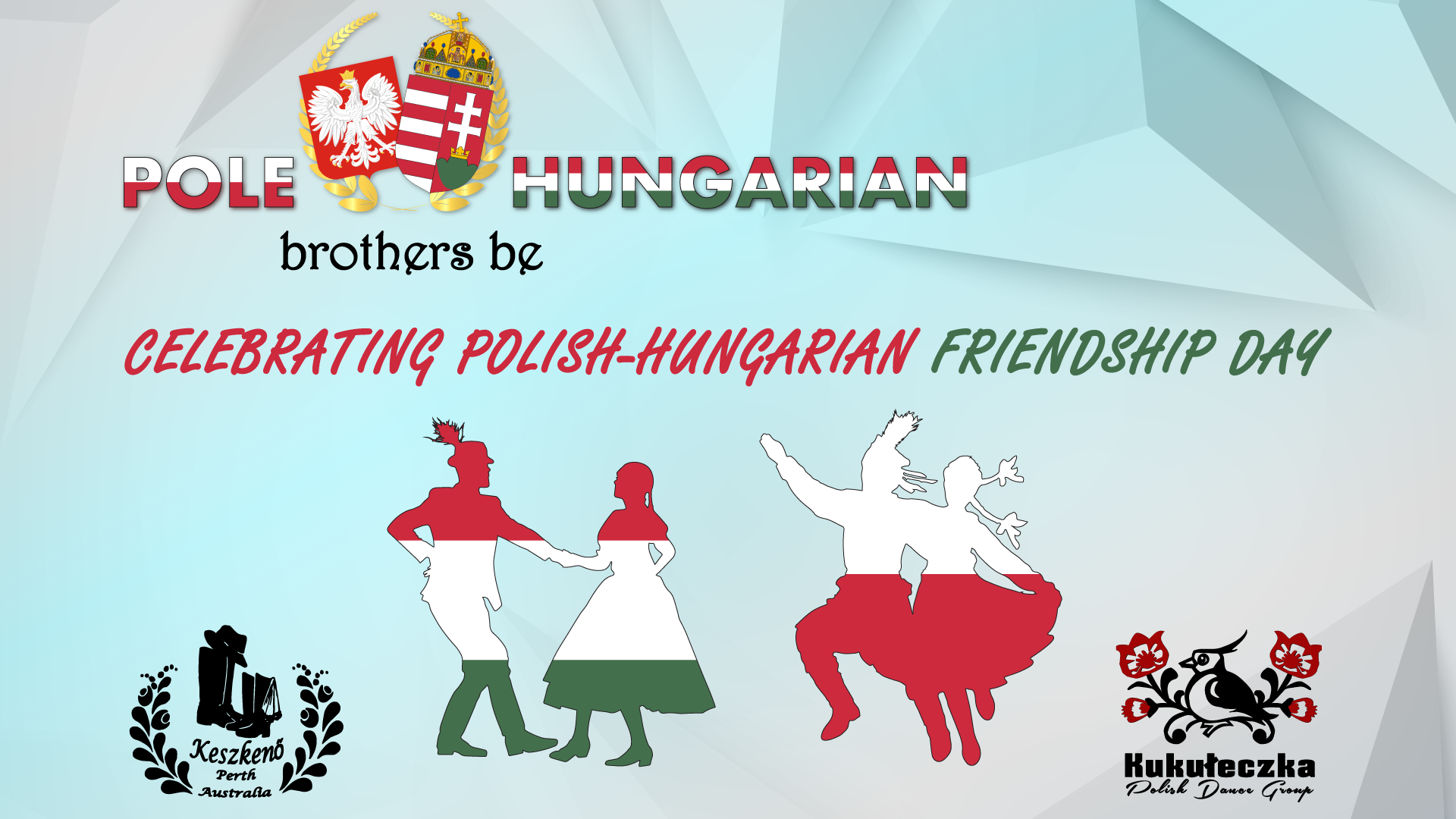 Friendship between two countries Poland and Hungary survived for a Millennium!

Our friendship was so ingrained in our history and imbedded in our hearts, memory and culture that our parliaments in Budapest and Warsaw sanctioned in 2007 the 23rd of March as an official Polish – Hungarian Friendship Day.

Polish Club General W. Sikorski WA and Hungarian Association of Western Australia invited everyone for the celebrations of Polish-Hungarian Friendship Day. This invitation was particularly directed to the Hungarian and Polish communities, however all were welcomed.

And we had a full house, 270 people attended!

The event started with MC Mrs Beata Larcombe opening the proceedings. Then were formal speeches by Mr Vlodek Bilski, President of the Polish Club General W. Sikorski Western Australia and Mrs Henrietta Podgorska, President of the Hungarian Association of Western Australia, where they provided historical and factual background for the celebrations.

Then Beata and Henrietta gave us few interesting facts about Poland and Hungary, our so different languages, also some fun facts.

After that there were the most awaited performances by the Polish Dance Group Kukułeczka and Keszkenő Hungarian Folk Dance Group. That was just splendid.

Next we had some entertainment provided by Steve Keene with the band The New Reflections.

Then there were some competitions, where you could win a bottle of Hungarian Liquor or a bottle of Polish Vodka.

There was also highly anticipated raffle that the girls and boys from our dance groups run very efficiently. All proceeds from competitions and the raffle went to support both dance groups Kukułeczka and Keszkenő.

Then we all could enjoy some dance to wonderful music, as promised by Steve: the best international hits mixed with music from Poland and Hungary.

1000 years of friendship is something to celebrate and our both communities decided to make it an annual event! From now on we will do it every year, not only because it was a fantastic happening full of fun, but also to propagate friendship, mutual understanding, tolerance and support between nations. If we can do it why not everybody?

This event was excellent not only for Poles and Hungarians but was also affirmative to harmony and multiculturalism in Australia.

To top it off we had a crew from SBS TV, reporter Kyle Brown did a superb overview of this event that was aired on the International News, Australia wide at 6:30 PM on the 25 March 2018.

It also needs to be mentioned that prior the event Radio SBS Australia ran an interview with the Polish Club Sikorski Vice President Beata Larcombe. SBS’ Dariusz Buchowiecki talked with Beata about the Club and in particular Polish-Hungarian Friendship Day. The interview took 10 minutes and was on the air also Australia wide on Monday 12 March 2018.